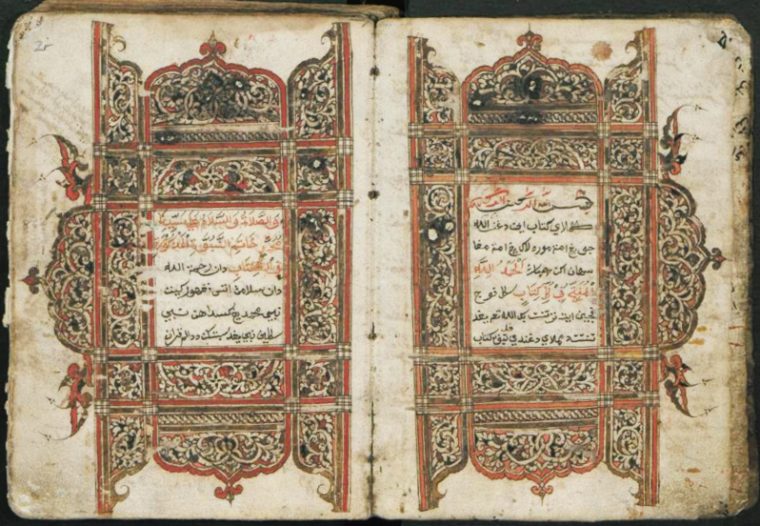 Manuscripts are an important source of knowledge. They have been the source for the spread of knowledge in the Muslim world for over 1220 years since the widespread use of paper in the Muslim World. Paper was introduced in 751 after a decisive battle of the banks of the river Talas. By 793 paper making was introduced in Baghdad and from there it spread west. Given that Arabic writing is best adapted for handwriting it would be well into the modern period before mechanical printing was established in the Islamicate lands.

With that said there is a rich manuscript heritage that is still being studied and one of least studied is manuscripts in scripts that are no longer in use such as Ottoman, and Jawi (Malay).  Although the Ottomanist are making excellent strides in their respective field, Jawi deserves the same level of interest.

The British library has a good collection of books from the Orient in this entry from their blog Dr Annabel Teh Gallop, the Lead Curator, Southeast Asia, at the British Library writes about the works of Abd al-Ṣamad al-Jāwī

The two Malay MSS in the BL have been fully digitised and are openly available on the internet, and all the BL images in the blog are released under a Public Domain Creative Commons licence.