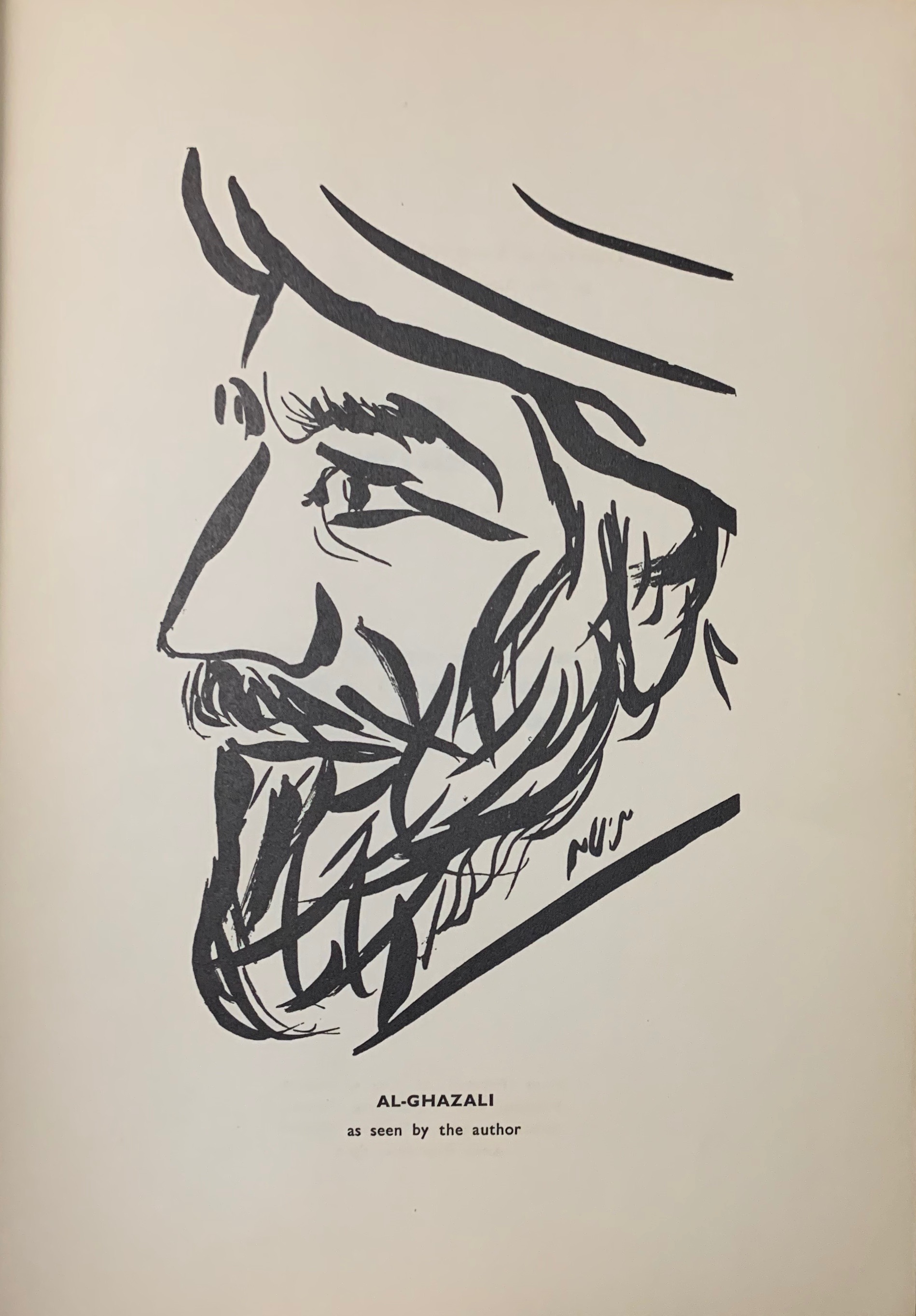 His full name is Muḥmammad b. Muḥammad b. Muḥammad b. Aḥmad al-Ghazālī (450-505 AH/1058-1111 AD) [aka: Abū Ḥāmid,  al-Ghazzālī, Algazel in Latin ] was born in Ṭūs  (near present day city of Mashhad in North West Iran near the Afghan border) is one of the great Muslim jurists, theologians and mystics of the 12th Century. He wrote on a wide range of topics including jurisprudence, theology, mysticism and philosophy.

Anyone reading any of his books gets the impression that he is not only the de facto expert, but that it was his only speciality. Al-Maraghi, the late rector of al-Azhar University, said quite succinctly when that one thinks of al-Ghazali one conjures up an image of many different personalities. Al-Ghazali the philosopher/theologian, the jurisprudent, the legal theorist, or the Sufi. He was all of these and more.

His most famous book, the Iḥyāʾ ʿulūm al-dīn, or The revival of Islamic knowledge, as I like to translate is an extremely important in its own right. It’s a compendium of Islamic knowledge on a variety of topics that deal with the knowledge that will lead one to successfully navigate the path to the hereafter. Al-Ghazali, however, wrote many other influential books in other diverse fields of knowledge. One such field is that of philosophy, the most important work being the Tahāfut al-falāsifa (Incoherence of the Philosophers). No one studying Islamic/Arabic/Muslim philosophy or even medieval philosophy can afford to ignore this book. He also wrote on metaphysics, ethics, logic, and even on logic in legal theory.

In other fields, such as fiqh (jurisprudence / law), he wrote al-Wajīz, an important manual of Shāfiʿī fiqh. This book became the standard work in the field, as did his work on legal theory, al-Musṭaṣfa—one of five major books in the field. The field of legal theory (iṣūl al-fiqh) is one the most rigorous fields of Islamic law and legal theory which is a testament to the scholarship of Imām al-Ghazālī.