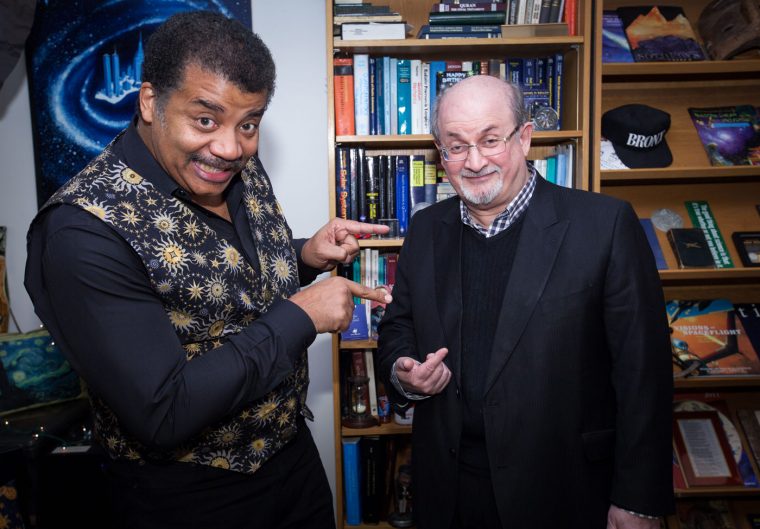 I received the following email:

I have been trying to combat the misinformation disseminated by Neil deGrasse Tyson. One of Tyson’s fictions is that Ghazali said math was the work of the devil.

In the comments section of one video I provided a Ghazali quote praising math and science: “Sciences whose knowledge is deemed fard kifayah comprise [all] sciences which are indispensable for the welfare of this world such as: medicine which is necessary for the life of the body, arithmetic for daily transactions and the divisions of legacies and inheritances, as well as others besides. These are the sciences which, because of their absence, the community would be reduced to narrow straits”

If I could get an image of the original text of Al Ghazali praising math and science, I would add it to my list of Tyson errors.

I am aware of the argument that al-Ghazali is to blame for the downfall of sciences in Muslim world. As you have mentioned from his own works he did not do such thing nor did he ever mean for such a thing.

The section you are quoting from is from his Magnum Opus, The Revival of Religious Sciences (http://www.ghazali.org/2015/09/ihya/), Volume 1, book 1, Chapter 2. Elucidation of the knowledge that is a communal obligation:

Attached is a PDF of the Arabic and a 2015 published English Translation. In the file I placed the text first followed by the cover page and copyright pages. I this for both the English translation and the Arabic text. I trust that is proof enough to withstand academic rigor. As for the translation that you quoted it comes from the following book: The Book of Knowledge: Being a translation with Notes of The Kitab al-‘Ilm of Al-Ghazzali’s Iḥya’ ‘Ulūm al-Dīn, by Nabih Amin Faris, Lahore, Pakistan: Sh. Muhammad Ashraf, 1991. p.37. also included in the attached pdf file. A link to the Arabic text is found here on my website at the following link: (http://www.ghazali.org/ihya/arabic/vol1-bk1.htm)

Further since there is no formal religious hierarchy in the Muslim world to speak of i.e something similar to the office of the pope no one single person can speak for Islam and Muslim. As wonderful as al-Ghazali was there is no way he could have that kind of influence on so many Muslims over such a long period of time, as he died 905 years ago.

In his semi autobiography we have the following from a standard and acceptable translation is one by R.J. McCarthy in the book titled: Al-Ghazali Deliverance From Error: Five Key Texts Including His Spiritual Autobiography, al-Munqidh min al-Dalal, (Fons Vitae: Louisville, KY, 1999). p. 63§37:
The mathematical sciences deal with arithmetic, geometry, and astronomy. But nothing in them entails denial or affirmation of religious matters. On the contrary, they concern rigorously demonstrated facts which can in no wise be denied once they are known and understood.

On page 64§41 he says:
Great indeed is the crime against religion committed by anyone who supposes that Islam is to be championed by the denial of these mathematical sciences. For the revealed law nowhere undertakes to deny or affirm these sciences, and the latter nowhere address themselves to religious matters.

On p. 64§39 he aptly says:
On the contrary, in each field there are men who have reached in it a certain degree of skill and preeminence, although they may be quite stupid and ignorant about other things. What the ancients (Greek Scientist) had to say about mathematical topics was apodeictic, whereas their views on metaphysical questions were conjectural.

RRS1-chp2-extract
Addendum (6March2019):
Here are two video’s that address this issue specifically. One is by Professor Joseph Lumbard: video
The other is by Professor M. Basil Altaie:
Professor Altaie includes a clip from Neil deGrasse Tyson’s video. Both are to be thanked for their efforts in this regard.